Paris – 10 Must-Have Foods When in the City of Lights

Whenever we think of Paris, the first things that come to our minds are the romantic Eiffel Tower, the beautifully lit city-streets and fashionable every-day people.

But, when it comes to Paris, Parisian food, too, should get its due time under the spotlight. Although the baguette and the croissant are world-famous as the key representatives of French cuisine, there is a lot more to taste, literally, in Paris than just bread.

Here’s a look at the quintessential food experiences as you hop between tourist spots during your trip:

Steak and fries are an unusual thing to be considered a delicacy in a high-end city like Paris but from tourists and locals, that gets a lot of love. Steak, with a side of French fries, it also sometimes comes drenched in different sauces. In Paris, there are many shops which just sell steak frites. It’s a great dish to both fill your stomach and your soul.

Macaroons, of course, are delightful no matter where they come from. But, once the flight has landed in Paris, they become an emotion. These are airy little cookie-sandwiches that are usually gluten-free. They also come in many different flavours and sometimes unusual too, like caviar.

Many must feel hesitant at the prospect of eating snails but it is a very important experience in cuisine on your vacation to France. Mainly land snails are used in the dish, which is then flavoured with garlic, butter, herbs, and sometimes wine. The snail soaks up all the goodness of the seasoning and completely melts in the mouth.

Hot Chocolate is a fairly popular drink all over the world. But French hot chocolate is in its league. Made with real melted hard chocolate and warm milk, it is thick and rich but also not overly sweet. Hot chocolate in Paris is a must-have, especially after some rich French fares.

If you love a good sandwich, the Croque monsieur is the ultimate thing to get in Paris. Pair one from a roadside café, with hot chocolate and happiness that will invade your soul. It’s a classic ham and cheese sandwich, grilled to perfection. Add an egg into it and make it into a Croque madame.

Anyone who likes bone-marrow will love the French beef bone-marrow. The buttery and seasoned marrow is plucked straight out of the bone and spread on a piece of bread, to be enjoyed like a slider. It’s so rich and creamy that it might feel a little overwhelming for those who don’t like too much fat but a few bites are an absolute must.

Duck is used in many cuisines but probably none use it in as pain-staking but exquisite a preparation as the duck confit. The duck is cured in salt and herbs for a few days and then cooked slowly in its fat, making it mind-blowingly tender and flavourful. Although delicious, not many restaurants make it in Paris because of the long preparation time.

Although technically this means snail, it is also the name of snail-shaped pastries that come in many flavours. It’s flaky and airy like most French pastries and buttery. One of the most popular flavours is the chocolate and pistachio escargot, known for its unique taste and pretty green colour.

This hard liquor-soaked little yeast cake with pastry cream or whipped cream and dry fruits can easily be called historical. Prepared in Paris’s oldest pastry shop that is still operating, it was first made as improvisation or accident, with many stories surrounding its origin. As timeless as the Louvre itself, it is wonderfully fragrant as the alcohol gives an added kick to the sweetness.

In your Paris city tour, there are so many experiences to be had. Beautiful architecture, unique culture on the streets, and great philosophical ideas aside, the great Parisian fare of food is also one such must-have experience.

Venice: The Floating City in Italy That is Every Traveler’s Dream 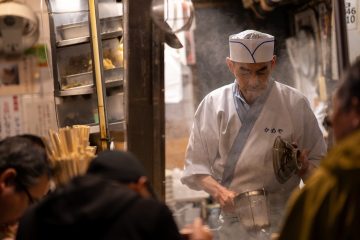 Paris – 10 Must-Have Foods When in the City of Lights