Fall is the best time to become familiar with Vancouver. Temperatures are still mild, the morning air has a pleasant nip about it, and the tress begin to sprinkle the surrounding scenery with red and orange. At this time of year, there’s no shortage of urban fun, either, whether food events, art crawls, theatre, concerts, or festivals.

Here are the top 4 things to do in Vancouver in the fall. 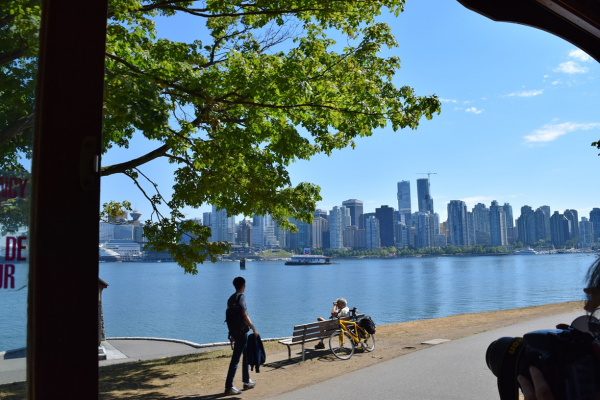 The world-famous Stanley Park is even larger than NYC’s Central Park. The old-growth trees and everything else in this urban forest is the cherished heart of the city. Take a stroll along the enormous trail network, enjoy the smell of the gardens, or circle around a lake. Other places to take in the fresh air and fall foliage are VanDusen Botanical Garden and Queen Elizabeth Park.

At its heart, Vancouver is all about sky and sea, and it really is something quite special to see from a bird’s eye view. Harbour Air offers a seaplane tour with options ranging from a 2-minute panorama of the city to glaciers and alpine lakes to whale watching day trips. Your planes leave Coal Harbour in downtown. As you leave, feast your eyes on the Convention Centre’s living roof, which was constructed for the 2010 Winter Games. Once you’re back on land, you can visit marina-side Cardero’s for a sunset drink. The sights in Vancouver are some of the most breathtaking you’ll see in North America. 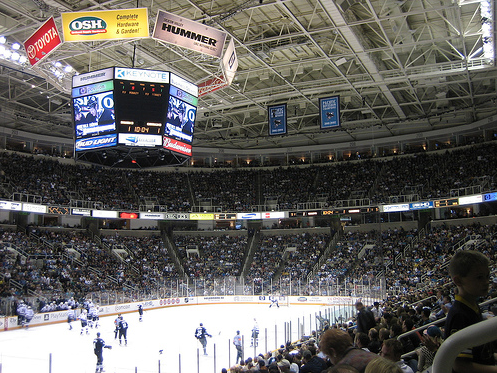 Hockey is extremely popular inCanada, of course. You’ll understand just why that is at a Vancouver Canucks game. Fans go crazy for their team here, as they do with the sport in general. While they lap up both game and season tickets, the merchandise doesn’t do too badly, either. As well as what you can on the day and in local shops, there’s no shortage of tie-ins online that they’re flocking to buy, such as video games like NHL ’18, Backyard Hockey, and Hockey Hero slot. The latter is available from Guts via Bonus.ca, which, if you click this link, explains the free 100 bonus spins you get just for playing for the first time. You can even play 15 spins without making a deposit. Whether watching a game live or enjoying it online on a night off from the cold, hockey is always fun in Vancouver.

Fall is festival season, and in September, The Vancouver International Film Festival for filmmakers and fans shows 300 films from an impressive 60 countries. It attracts celebrities, directors, and movie buffs alike. It also houses one of the largest selection of Canadian films in the world. The Vancouver Fringe Festival also takes place in September with its celebration of independent and alternative theatre hosting 800 performances.

So there’s no need to look back longingly at the summer when all this is waiting for you. There are more than enough activities to keep you busy on your fun-filled days in Vancouver in Fall.

Traveling in Copenhagen - Do's and Don'ts