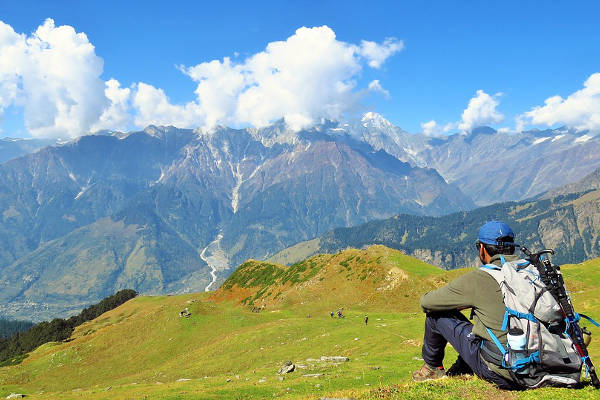 Although the Indian Himalayas lack the height of their Nepalese counterparts, the wonderful trekking trails they provide are unrivalled. Indian hiking trails are well worth the money and effort because of their unique combination of environment and culture. The Indian Himalayas, which are spread across five Indian states, cover a huge region along the country’s northern border.

We’ve compiled a list of the top 10 finest treks in India to give you an idea of what you can do when trekking in India. Based on the number of trekkers, these are the most popular guided treks in the Indian Himalayas. In the end, the journey you choose will be primarily determined by your particular interests. Difficulty, duration, cultural factors, faiths, and, of course, distance all factor into the hikes. You can make an informed judgement based on these criteria — as well as your money — about which trip is best for you.

So, without further ado, here is our selection of India’s 7 ten finest treks:

This is a thrilling adventure for experienced trekkers through the frozen Zanskar river, with magnificent winter scenery and a direct sight of the old culture of the Ladakh area. This journey is all about icy paths, bone-chilling gusts, beautiful environment, and a once-in-a-lifetime experience.

This trip leads you to the Gangotri glacier at Gomukh, the Ganges’ source, in the Garhwal Himalayas of Uttarakhand. The region is a genuine natural wonder, with a wide variety of flora and animals, including rare blue mountain goats. The glacier is flanked on all sides by stunning mountains, making for a really breathtaking spectacle.

The Markha Valley Trek is one of the most popular treks in Ladakh. You’ll be travelling through a range of terrains, such as arid mountains, streams, and tiny towns with wheat, barley, and mustard fields. The region is a storehouse of historic Tibetan culture, including numerous old Buddhist monasteries. A trip to this region will be with you for the rest of your life.

This trip takes you through India’s enchantingly gorgeous Garhwal area, where you’ll be travelling in the shadows of many 7000+ peaks. Rare Himalayan wildlife such as the snow leopard and musk deer can be found in the region. The Kuari pass, at an elevation of 4264 metres, is the trek’s high point. The walk is very straightforward and provides an opportunity to learn about Hindu culture in the area.

Nanda Devi is the tallest peak in India’s Garhwal region, rising to an elevation of 7816 metres. The Nanda Devi national park, sprawled across the mountain’s lap and home to rare Himalayan flora and wildlife, is a sight to behold in and of itself. You’ll be walking into the Himalayan foothills and through a number of tiny rivers, streams, and glaciers. Every year, hundreds of photographers, hikers, and mystics go to the area, which is an epitome of unspoiled natural beauty.

Goecha La, a walk into the heart of Sikkim, brings you face to face with Kanchenjunga, the world’s third highest Himalayan peak. This walk has it all: magnificent rhododendron woods, charming hill stations, and crystal blue Himalayan lakes. The trip is difficult, but once you see the beautiful Himalayas from Dzongri, you’ll know it was well worth it.

The valley of flowers is titled very appropriately: it is a large valley blossoming with more varieties of flowers than one can possible count. It is located high in the Himalayas of Uttaranchal at an altitude of 3658 m. It’s a breathtaking location surrounded on all sides by magnificent mountains. The valley bottom is carpeted in flowers of various hues, and the entire region has a strong, pleasant scent. The valley of flowers feels like heaven on Earth after an exhilarating journey in the Himalayan foothills.

Bahrain is known as the Middle East's "Jewel"