Top 7 Places to visit in Polonnaruwa 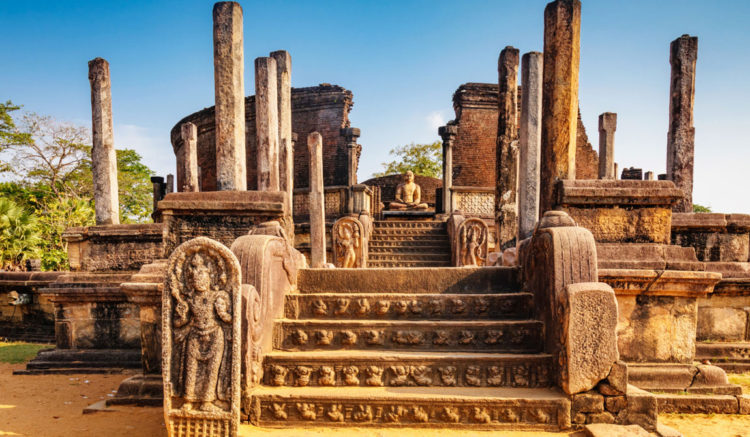 Sri Lanka is a popular tourist destination for visitors from all over the world. A remote island with gorgeous beaches and green landscapes is a traveler’s dream come true. Apart from the beaches and landscapes, there are other features that draw visitors from all over the world. In Sri Lanka’s small towns and villages, the common core of real Sri Lankan culture can be identified. Polonnaruwa is one of these places. Let’s take a look at some of the best places to visit in Polonnaruwa that represent real Sri Lankan culture and heritage.

The Royal Palace is a must-see attraction for anyone visiting the Polonnaruwa Heritage City. The Royal Palace of the great King Parakumba (1153-1186) was built as a seven-story structure. It took the building about seven years and seven months to be finished. Just three floors with 55 rooms remain out of the seven stories with 1000 rooms. The palace had been overrun by a south Indian invader known as “Maga.”

The Shiva Devale No. 2 is the oldest building in the city of Polonnaruwa, dating back to the South Indian Chola dynasty era, when the city was established by Indian invaders. It was built entirely of stone, unlike many other structures in the Ancient City of Polonnaruwa. As a result, the building is in almost the same state today as it was when it was built centuries ago. Keep an eye out for the statue of Lord Shiva’s horse, Nandi the elephant.

A number of major religious temples can be found in this sacred quadrangle. It is a reflection of the grandest architecture of the Ancient city of Polonnaruwa during that time. The circular Vatadage is thought to be the most eye-catching scene in the whole quadrangle. The shrine is surrounded by four massive Buddha statues.

The palace’s swimming pool is located in the northwest corner of the grounds. Fresh water is directed into the pool by crocodile-mouth spouts. It is one of the major attractions in Polonnaruwa’s ancient district. Because of the warm weather, it is best to go in the evening.

Kiri Vihara translates to “milk-white temple.” This massive stupa can be found to the north of Lankathilaka Pilima Ge. It was founded by “Subadra,” a queen of the great king Parakramabahu (1153-1186). Even after almost 700 years, the original lime plaster has maintained its flawless white colour. It is said to be the city of Polonnaruwa’s best-preserved unrestored dagaba. The stupa’s first common name was “Rupavathi Stupa.” It is part of the Privena Lahana and stands at 80 feet tall today.

This is the Ancient Polonnaruwa city’s third biggest dagaba, and it is in outstanding condition. The origins of this unusually shaped Pabalu Vehera stupa are unknown. It was constructed by a consort of King Parakramabahu ( 1153-1186 AD). The current name for this stupa is “Pabalu,” which means “beads.” This is attributed to the fact that during the exploration of the region around the stupa, a significant number of glass beads were discovered. The top, as well as the middle pieces of the stupa, have been damaged by the

Best Spots For Shopping In Ooty

Reasons To Visit USA In Summer

Top 7 Places to visit in Polonnaruwa