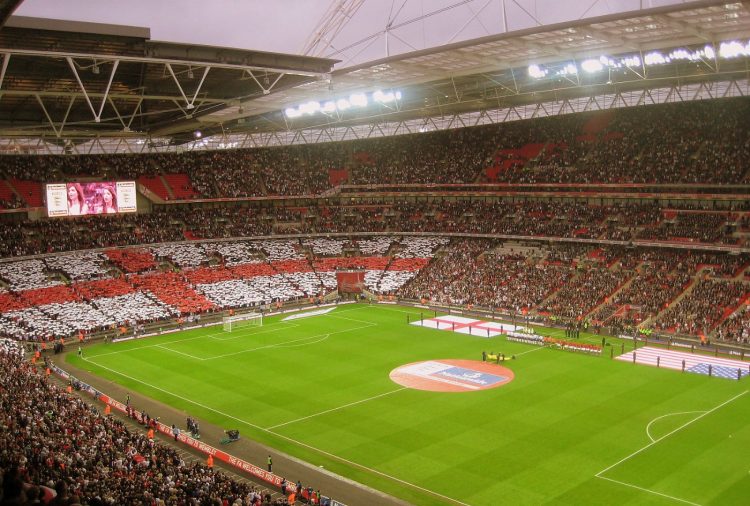 It’s hard to imagine a sport being as closely tied to a country’s national identity as soccer is to the UK. There’s just not much in world sport that comes close to matching the enthusiasm and tradition behind English soccer (which they of course refer to as football). And that makes the top stadiums dotted around the country some of the most thrilling destinations to visit should you ever take a trip there. It’s hard to see it all in one vacation, and tickets are constantly in demand. But if you happen to be a fan of the sport or just want to get a close-up glimpse of one of the most exciting elements of British culture, these are the stadiums you’ll want to put on your list.

It’s hard to start any list of English sports stadiums with anything other than Old Trafford. Established in 1992 as the home for Manchester United (arguably the most storied franchise in world soccer), this glorious venue remains one of the largest in England. It topped this ranking of the best 54 stadiums in Premier League history, and though it’s correctly stated that the crowds at Old Trafford aren’t as enthusiastic as they once were, there’s still an atmosphere that seems to seep out of the structure itself. Catch a match in which Man Utd. hosts its main rival Liverpool, and you may just get a feel for how crazy the place could get in its prime.

If you’re one to appreciate a venue simply because it’s unique, look no further than Newcastle United’s St. James’ Park. It was first constructed all the way back in 1892 but was updated and expanded at the turn of the 21st century. And now, it stands as a brilliantly original, state-of-the-art stadium. Characterized by towering stands on one sideline and behind one goal with only lower levels on the opposite sides, it doesn’t really resemble any other stadium in the country. Additionally, the so-called “Toon Army” (local Newcastle supporters) tend to keep things very exciting.

For those who simply like the biggest and best stadiums, the Emirates is up there with the most impressive venues in world sport. Built to be Arsenal’s home, it’s highly representative of the sheer wealth and class attached to English soccer. And what it may lack in intimate character, the team makes up with its consistency near the top of the league. This site’s preview of Arsenal’s 2015-16 campaign pointed out that this is head coach Arsene Wenger’s 20th straight season in charge, and that’s rare continuity in a league that traditionally has a lot of turnover. While Arsenal has become known for coming up short in the title race over the past decade or so, Wenger has helped establish regular high quality, which only adds to the impressive spectacle of the stadium.

In size and splendor, Aston Villa’s humble Birmingham home is dwarfed by every other stadium on this list. Yet it matches up well in the history department, as it was first built for the club in 1897. And unlike a lot of other old stadiums that have essentially been rebuilt, this one retains an old-school charm. It’s a perfect place to visit to get a sense of the purity of the sport from the perspective of some of its best fans.

In most cases, a stadium’s appeal comes largely from the history, play, and team base of its host team. Wembley, by contrast, is a neutral site in London that houses a number of major events, sporting and otherwise, throughout the year. You can get an idea here for just how busy a venue it is, for soccer and other entertainment. But when you can catch a sporting event at Wembley, it’s a pretty grand experience. In particular, seeing the English national soccer team play there—Wembley is basically its home venue—is unforgettable. In any given week, any stadium in the UK can offer a thrilling experience. These five, though, are among the best options for travelers.

The Benefits of Travel